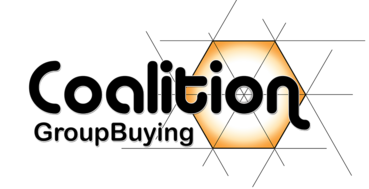 The Coalition purchase is a very specific model Group Buying which is simultaneously a kind of Social Network, based on IT (information technology) and the Internet, and as such represents an inexhaustible and richly alternating choice of options.

It all began, in fact, during socializing with Mark Getty (grandson of Paul Getty - once the world's richest man) in London in 1992. when he explicated his life business concept, i.e. the search for one of the human activities that would be "atomized" in numerous companies in the world - with the intent of their union and globalization.

He believed that in this way a business can develop its largest possible synergy effects. Almost unanimous disbelief and negative comments came from the people from the business community of the City of London and wider, since at that time no one could fathom how it was true then, and it certainly shows today.

His quest ended in late 1997. when he formally begins to realize his idea by establishing a company "Getty Images“ which gradually took over more than 100 photo collections and companies in the world. After only a few years, he sold such integrated company, for the then staggering 2.4 billion USD... Today it is already history which is being taught to students at the most prestigious universities, as the culmination of a brilliant business strategy. Mark Getty is also today acting as the Chairman of that super successful company which, thanks to his genius vision, is now worth more than 4 billion USD. 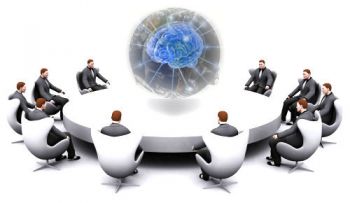 Recognizing the value of that concept - although in quite a different area (but never hiding the initial Getty’s conception), only a few months after these talks, by the beginning of the 90s of the last century, namely "way back" in 1992/93, begins the story about intensive research on building a social network that is today structured into The coalition purchase and Trannn. The research took place mostly in the premises of one of the oldest and most recognized law companies in the world with many centuries old tradition (Collyer-Bristow, 4 Bedford Row, London, UK).

At the same time, as a "product" of that research, the concept of the necessity of merging two growing global industries was born (otherwise with completely different logic), that were even then engaging (according to Getty's philosophy of "atomization to the maximum") tens of millions of collaborators with annual turnover at hundreds of billions of USD: the world of Direct selling (personal selling) and that of Direct marketing (selling through the media).

At the same time emerged the need for a new and better algorithm, so called "Compensation Plan“ that would prevent (too) large outflow of members in Direct selling schemes.

In the process of researching and merging both of these "incompatible" worlds (in order to establish a system with entirely different logic) participated the most eminent world authorities in both these fields, backed up by superior software specialists. This seemingly simple concept has been accepted with great interest by all those who wanted a higher quality business model compared to the existing solutions.

Unlike Getty’s concept that preferred buying off or "taking over" the existing companies (as he conceived and carried out), we were building up a brand NEW, integrated system.

The main objective of such fused new system was to meet the preconditions for substantial improvements of the existing weaknesses of both Direct selling and Direct marketing.

Synergistic effect of such integrated system was to provide: 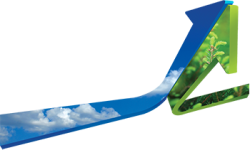 And the uninformed into the specifics of these activities probably understand that so highly placed objectives are not easy to achieve – especially when one takes into account the complexity of the details that had to be resolved and coordinated. Moreover, experts from that global industry considered this as an "impossible mission" because they believed that for each group of products there necessarily has to be not only a specific system, but also a specific "compensation plan".

Throughout this long period, however, after investing a superior intellectual knowledge, creative energy and financially millions of USD / EUR / GBP, many of the initial models had to be changed, or even dismissed. The consequences were a number of "dead ends" and failures.

It turned out that the integration of many newly emerging solutions into the legal framework for legal and legitimate operation of the system, both in the EU and all other free countries/markets, was one of the most complex problems.

For bridging most of these key issues and obtaining best professional solutions we have to thank Mr. Alan Burdon-Cooper, the senior partner and chairman of the mentioned law firm Callyer-Bristow from London, who has invested in the project his extensive experience and knowledge, and hours and hours of his professional work for years. Considering that this huge job (and challenge) was legally multidisciplinary, a number of experts from different areas of the law frequently had to be consulted, so it was not often known where the required solutions would lead.

Then, in the need to overcome all these problems were established CICTF (Chamber of International Commerce Trade & Finance, WBO (World Bar Organisation), Trust (Foundation), Holding company, and many other entities ...

Another important component in the development of such a system was the emergence of Group (collective) purchase, as a growing trend of contemporary model of buying at the beginning of XXI century, who organize a large group of customers with a common goal in purchasing (see "Historical overview of group buying"). The coalition purchase, unlike other models of Group Buying is, organizationally "atomized" in many smaller independent groups (Mini-coalitions) as its basic building element. 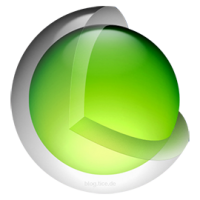 This new model required a sophisticated software algorithm (connected by two equally important and inseparable parts - CGB platform and CMB, as the core of the system), without which the system of Coalition purchase could not function properly. Thus created operating algorithm is kind of switchboard of the entire system and, as such, is the result of numerous software simulations and testing of of algorithms in order to obtain a secure and reliable operating platform. Of course, even that could not be achieved without engaging superbly competent informatics experts, as well as in other areas.

It appears that the renowned aphorism: "Every success is a consequence of the series of failures, and the successful pick up where the unsuccessful quit", was formulated precisely for this ‘impossible mission’ that was eventually won. Such a pioneering way of thinking for finding new pathways is encouragement to many who want to get more familiar with program and the model of Coalition purchase in order to join it as soon as possible.

Finally, a unique Coalition purchase model was created as a very specific model of Group buying which is simultaneously a kind of Social network. This model is essentially based on the IT (information technology) and the Internet which, as such, represent an inexhaustible and diverse variety of options.

This is why the logic of Direct selling had to be definitely abandoned (there are no commissions on account of marketing of goods or services), and even more – that of Direct marketing. The recommendations are the only feature that is associated with Direct marketing, but that resembles, in fact, more to some kind of personal service offered to relatives, friends and acquaintances (to benefit from SAVINGS), than to conventional recruiting or ‘stamping’ of new members. This system, actually, sets the obligation to the user/ member to allow access to at least ONE user (enjoyer of cost savings) to embody his own mini-coalition for the purpose of Coalition purchase. Such formed mini-coalition can always be used again for new savings, and for its promoting purposes is mainly used oral recommendation "by word of mouth". This means that the logic of so called "pyramids" (applied in absolutely all systems of Direct selling in the world) has been abandoned as well, and instead a unique ARTERIAL organization of customers/ members (by only one in mini-coalitions) was installed with a single REVOLVING deposit (deposit that automatically regenerates itself).

According to all above mentioned features, this system of cost savings through Coalition purchase is a unique collection of all gained experiences, a very complex and, at the same time, a flexible system that is easy to use.

The world leaders of collective purchase